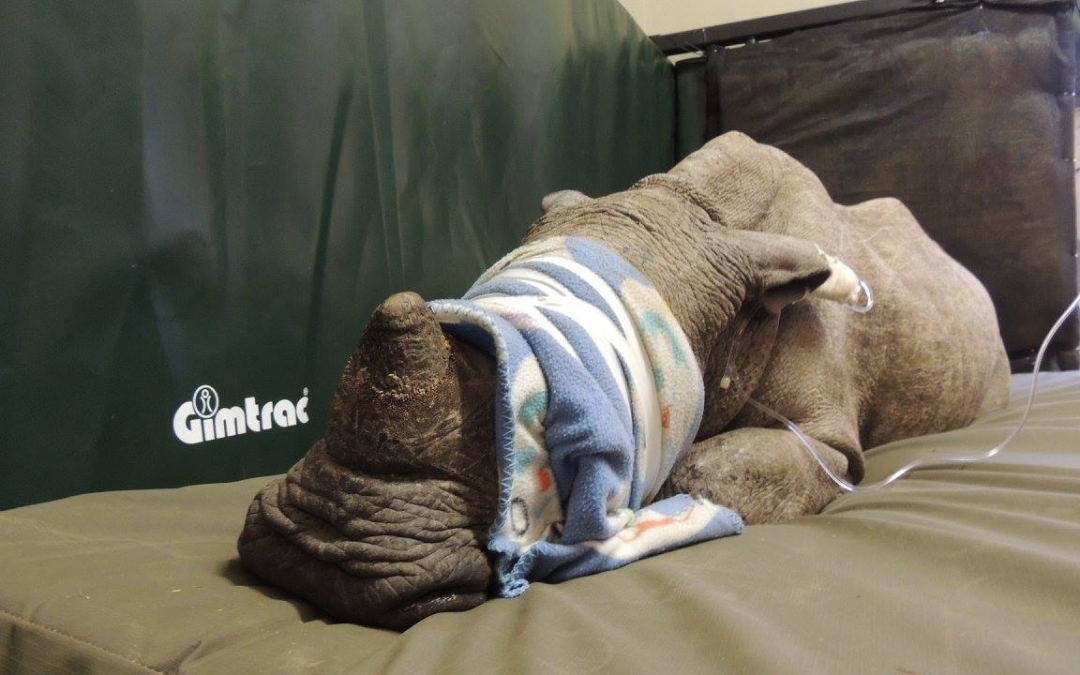 With poaching at a critical stage in South Africa and the rhino numbers rapidly going down, Rhino Revolution decided to raise money to build a unique facility close to Kruger National Park which could allow them to Rescue, Rehabilitate and Re-wild orphaned rhino calves. After a huge joint effort from people all over the world, the much needed funds started to come in and the new facility began to take shape. One year on and many fundraising events later the facility was finally ready. Then the first call came…….

Things went a bit like this… (although this is Masingitta, our third calf, arriving.)

Just 3 weeks after it opened the first calf to arrive at the facility was Ubuntu.  He was approximately 4 months old when his mother was poached. He was darted and the rhino ambulance went to collect him. Next to arrive just 48 hours later was Ringo. His mother was poached when he was just 6 months old and he had bullet wounds through his shoulders.

A few weeks later Masingitta’s mothers body was found first and it took the rescue team a further 24 hours to find her and bring her to the facility. She was very frightened of the dark and took a long time to trust her carers. Chipoko arrived early in 2016 after 5 long, hot days, in 40 degrees’ heat searching for her. She was only 3 months old and had run away after her mother had been poached.

Nkonzo was the last of The Lucky Five to arrive at the facility in June 2016. He had been attacked by lions, whilst guarding his mother’s body.

These 5 rhino became the first ‘Crash’ of rhino at the facility. Here we see the moment the newest orphaned calf, Nkonzo, meets the other 4. We will never know what they were saying but we can see that their body language was very welcoming – as if they were telling Nkonzo that he would soon be part of their ‘crash’!

Although rhino are usually found on their own they can be very protective of one another. Very often groups of female rhino and their calves come together to form a ‘crash’. The reason for this is that being in a group can help the mothers protect their calves against danger.