Here we have some lists of recommended books, apps and links for you to enjoy.

Please ask your parents to check that the recommendations are appropriate for your age, as some are only suitable for older children and adults.

Did You Ever See a Pangolin? – by Imelda Bell

Ubuntu, Summer of the Rhino – by Julia Johnson

Work on the Wilde Side – Channel 4

Sudan: The last of the Rhinos

WWF Together – WWF Together brings you closer to amazing and endangered species than you ever could have imagined, letting you discover their lives and the work WWF does for them. Try out “tiger vision,” flap your wings like a migrating butterfly, and chop the panda’s bamboo. As part of each story, you’ll get to bring an animal into your world by taking a selfie with its origami or placing it in a scene. If you click on any of the links, you will leave the safety of the crash.

We are not responsible for external content, so always check with a parent or guardian. 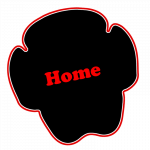