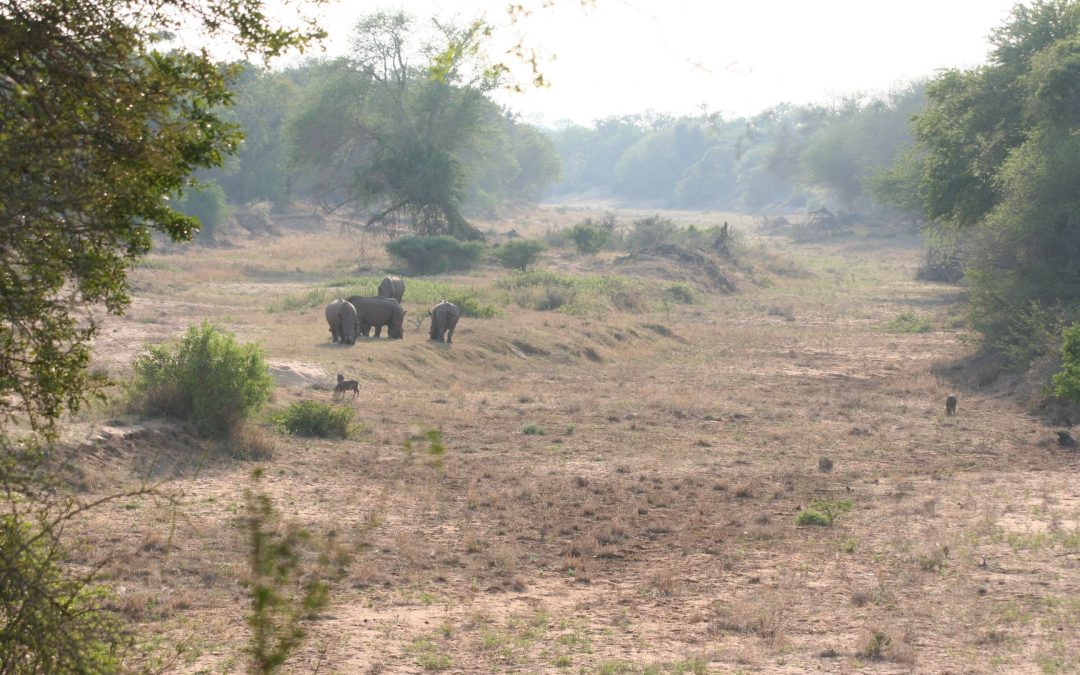 LAST STAGE OF THE 3 PHASE PROGRAMME

Our Lucky Five had been cared for and gone through the rehabilitation process for over 2 years now. It would soon be time to think about releasing the older ones into the wild, hoping that they might one day breed and bring more rhinos to the area.

Very soon into the last stage of rehabilitation, it became clear that this ‘crash’ might be better off staying together. Rhinos are very sociable animals and once they form a bond they become very close as a ‘family’. The younger calves saw the others as their family and the decision was made to release all 5 orphans at the same time.

Once the decision was made, the last stage of rehabilitation could then begin in earnest. The rhinos had never had much contact with humans apart from those few who were caring for them, this way they didn’t become ‘humanised’. Rhino Revolution’s is a Closed Facility, so do not allow any of the public access to the rhino calves. It would be safer for the calves if they were more frightened of humans so that the poachers had less chance of getting close to them once they were back living in the wild.

As time went on, even the carers had less and less contact with the ‘crash’ so that they became more and more de-humanised and have the best chance of becoming wild rhinos again.

As the time of release approached, the vet nurses began stepping up the dehumanising by banging bin lids, shouting loudly and revving car engines near the calves to make them afraid of loud noises which would make them more likely to run from poachers when they were back in the bush. 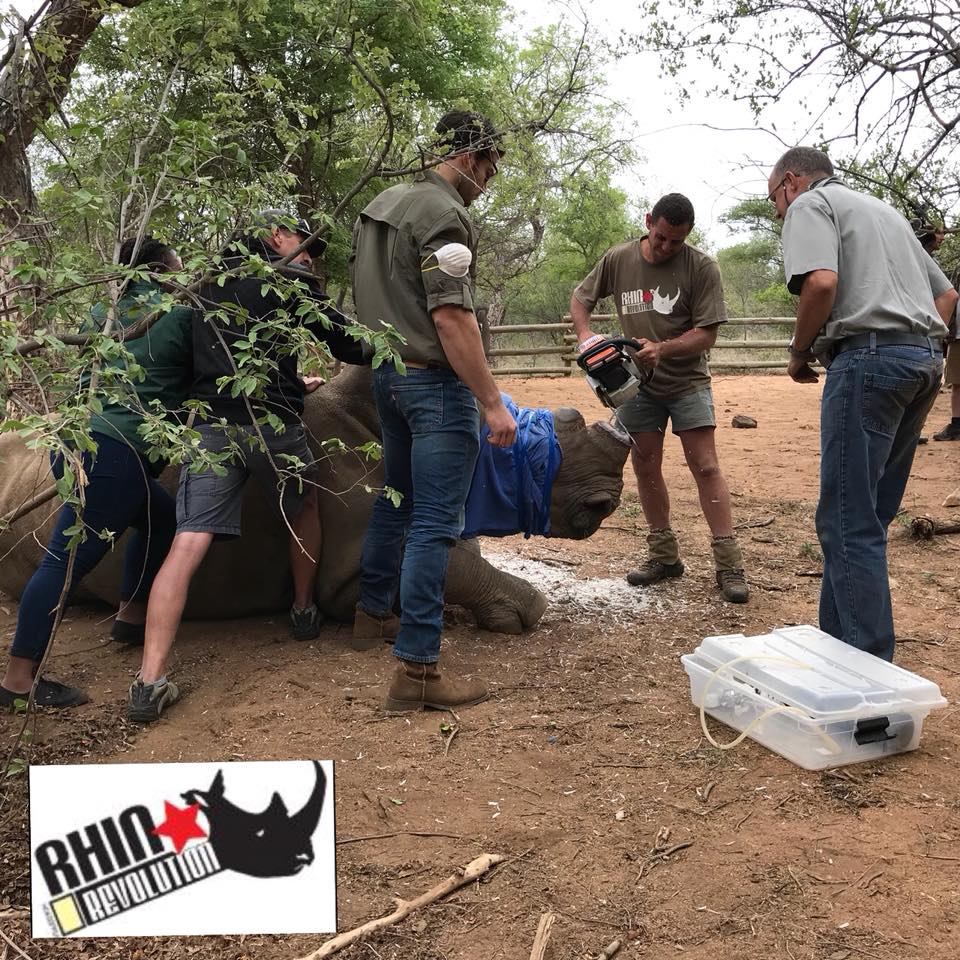 The next step was to de-horn all of the calves to make them less valuable to poachers when they were released. This required a lot of fundraising from all around the world to enable this to happen. Everyone stepped up and the funds were raised and each of the orphans was dehorned! 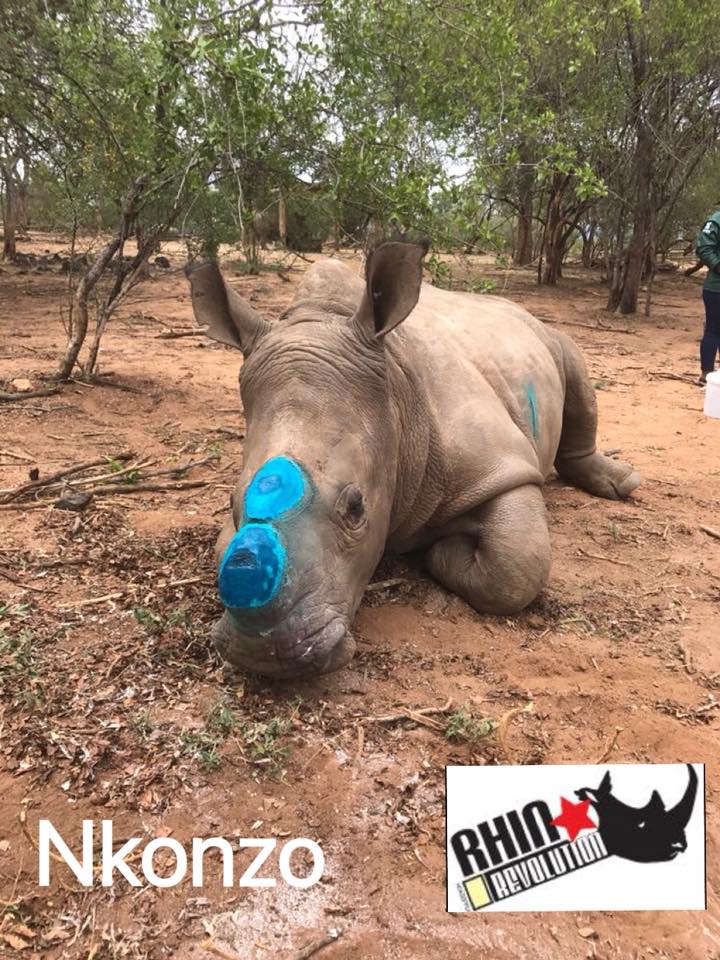 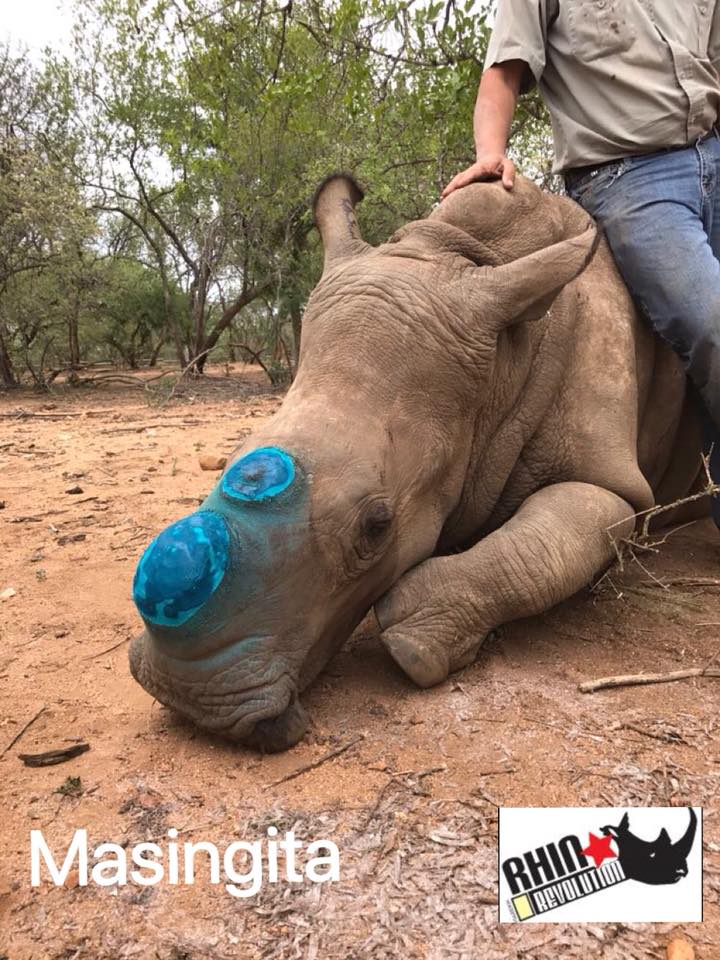 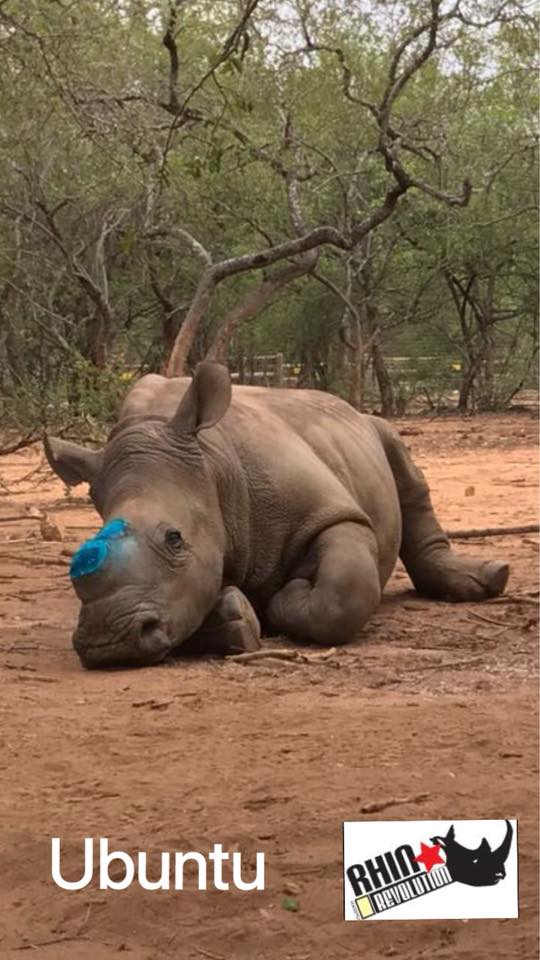 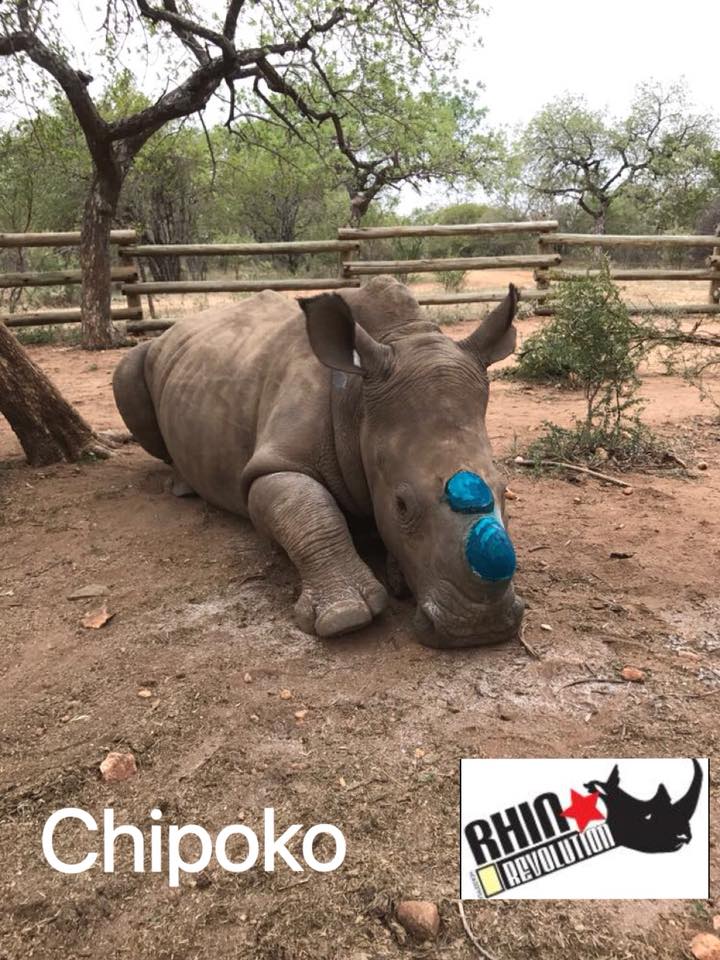 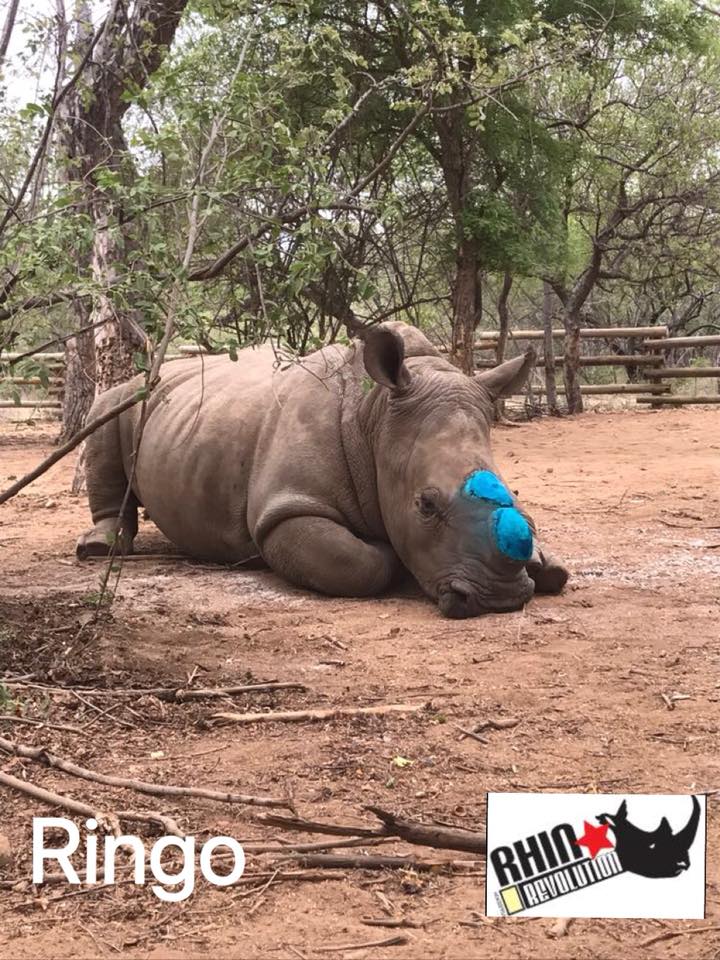 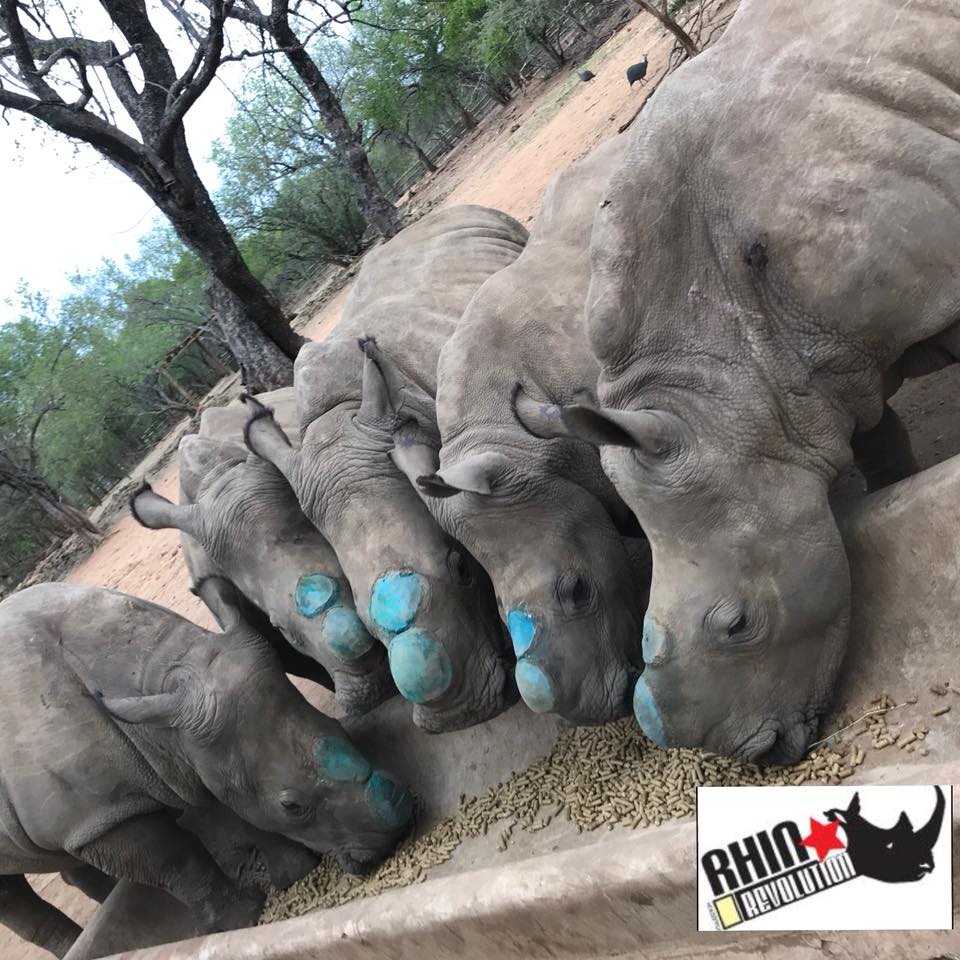 As the time of release approached, the vet nurses began stepping up the dehumanising by banging bin lids, shouting loudly and revving car engines near the calves to make them afraid of loud noises which would make them more likely to run from poachers when they were back in the bush.

Initially their area was opened up into a slightly larger and secure private reserve where there were no wild rhino who might fight them for territory and it was protected with security cameras, dog patrols, mounted anti-poaching teams and aerial patrols. 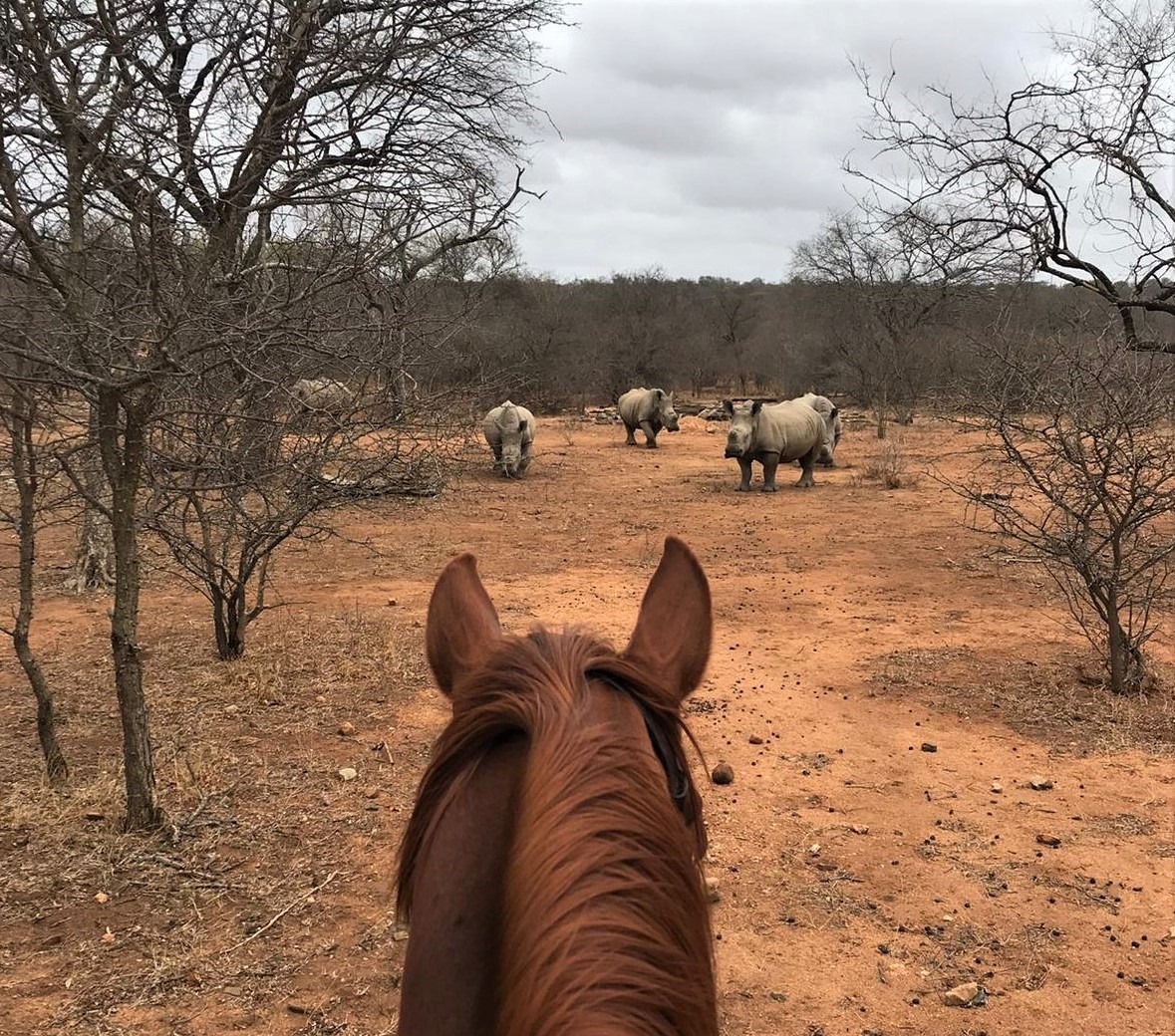 Once they had settled into their new environment, they were introduced into a larger section of the conservancy that had some white rhino – this was to ensure that they would be able to join these wild rhino gradually and when they reached breeding age they might have babies of their own which would help to increase the wild population of white rhino in the area.

The 5 calves were monitored closely and there was even a study done by the University of Pretoria to see how they adapted to life back in the wild after having being brought up mainly in the orphanage.

Monitoring was done at a distance to record their body condition, behaviour and their dung was analysed to test their dietary health and stress levels.

They were doing JUST FINE!!!! 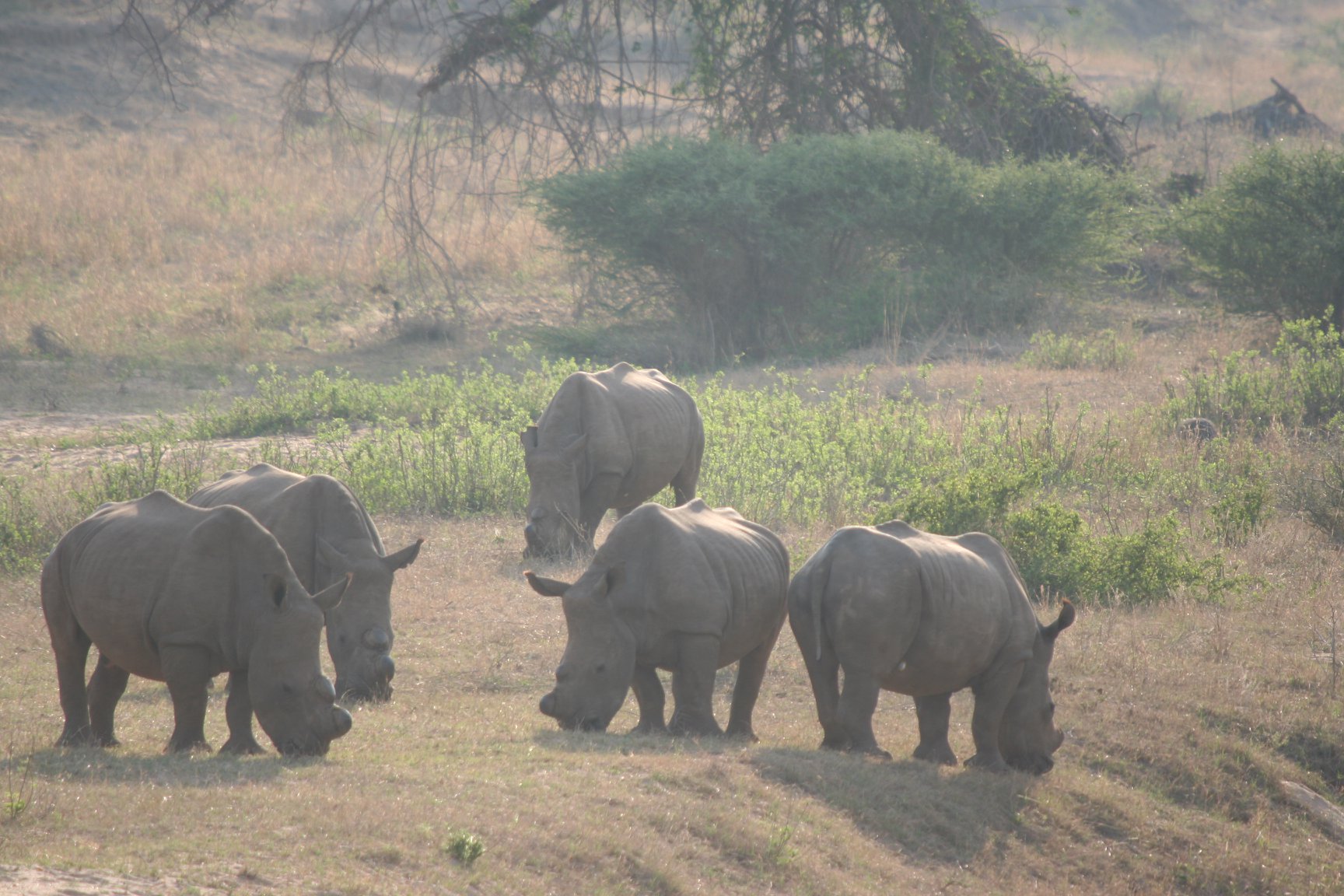 Unfortunately, the following year there was very little rain in South Africa which meant that there was much less vegetation for all the animals to eat. As Rhino Revolution was continuing to monitor the Lucky Five they were able to see that they weren’t getting enough food. Once again many people did fundraising and bought enough teff to supplement what was there. This was spread out in the area that they were ‘hanging out’ in and the crash thought that they had stumbled on some lovely green grass to graze on all by themselves! Thankfully this was enough to keep them going until more rains came and the natural vegetation flourished. 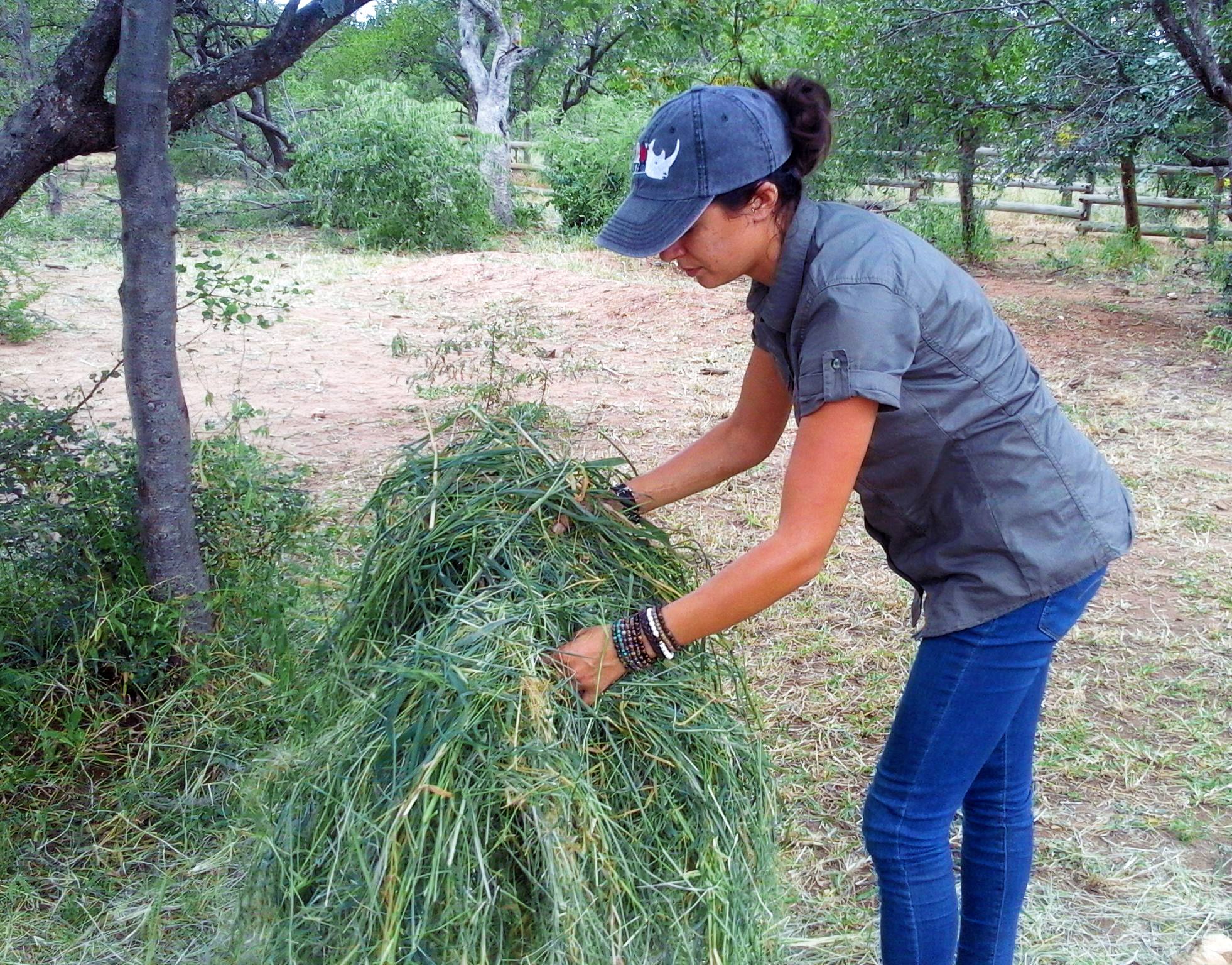 The Crash have stayed together since being released. They have recently been dehorned again as their horns had grown back significantly enough for them to be at risk of poaching.

The most recent update we have had is that another wild male rhino has been spending time with our crash – he has been nicknamed ‘Number 6’! The big news is that he has managed to charm his way into the hearts of Masingitta and Chipoko and we now have 2 female rhinos who are expecting baby rhinos which is very exciting! We will bring you more news when we get it!

Now just on a little bit of a serious note, we must be very aware that when a calf is born into this crash, nobody can predict how things will go….. we have to wonder if the rewilded rhinos know how to be a mum given that they lost theirs at a very young age…. we also have the possibility of this event actually breaking up the crash…….

Who knows how animals will behave! We just have to wait and see…… 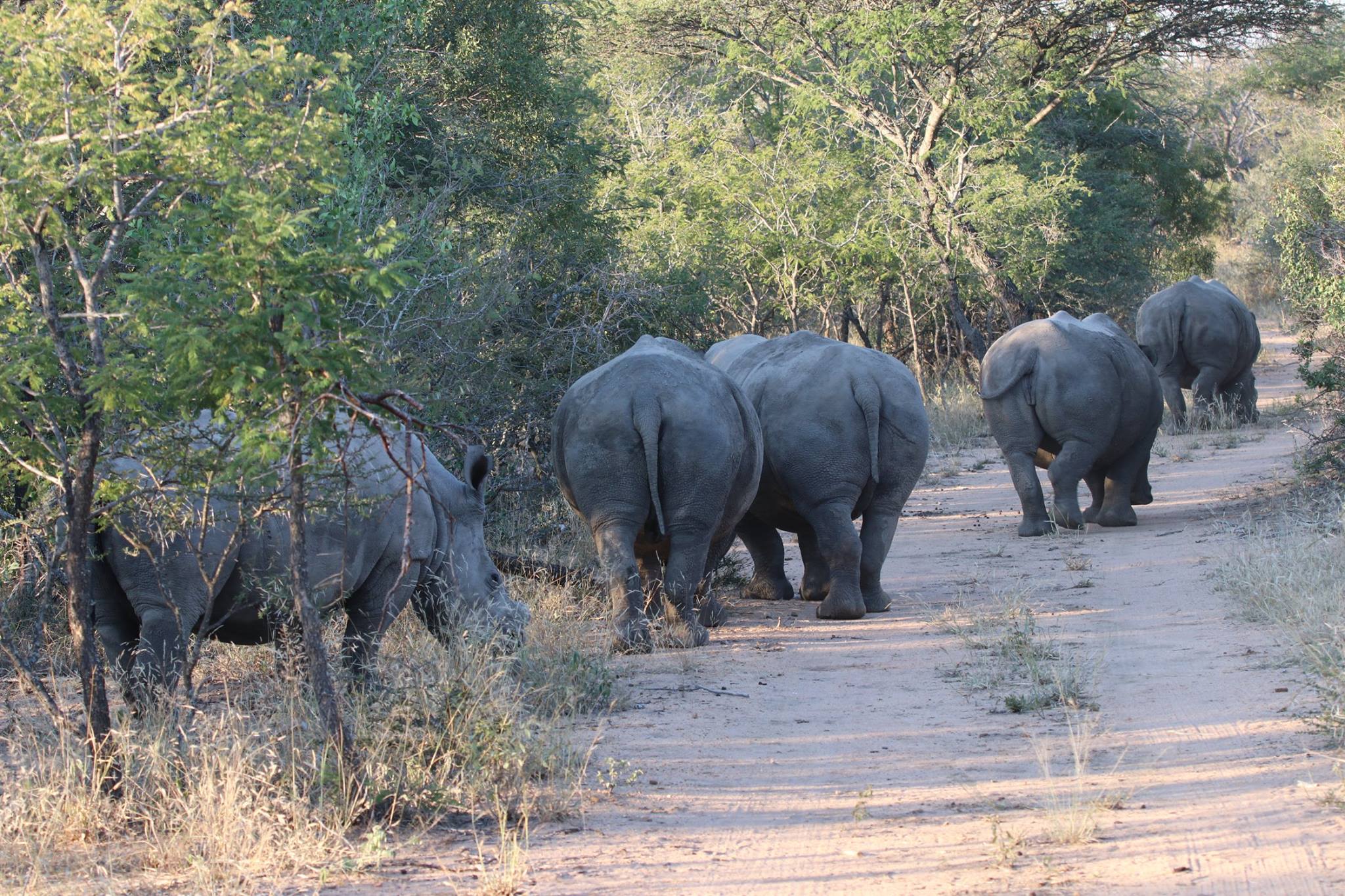 Rhino Revolution continues to follow a unique 3 step approach to overcome the problem of poaching to try and save the species: